The first thing I noticed upon being introduced to Maton Guitars is the way they “cut”. These are lively, powerful acoustic instruments that thump you right in the chest. There’s also an effortless, almost bouncy quality to the action that makes them a joy to play. Of course, they offer many different models with varied virtues and characteristics, but my point is that Maton has a sound all its own. 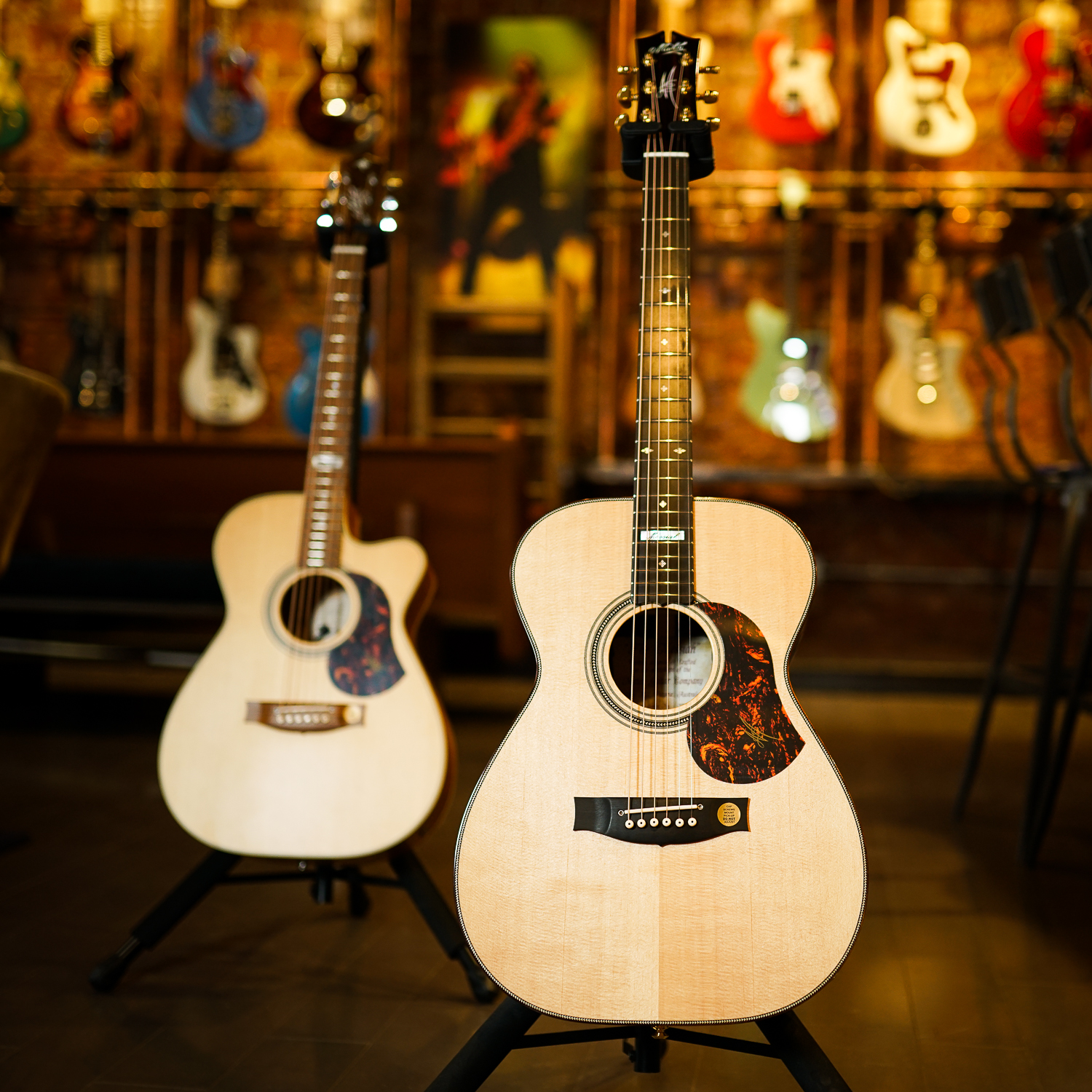 During the 30s, the steel-string guitar emerged from the parlors of North America and quickly became popular with musicians around the globe. It was portable, loud, could handle both lead and rhythm rolls in an ensemble, and sounded great solo. In Australia, however, one would have to squirrel away money and arrange for an imported Martin or Gibson if they wanted an instrument of their own. Bill May, a Jazz musician and woodworker from Melbourne took it upon himself to correct this dearth of fine guitars in his home country, and in 1946 he launched “Maton Stringed Instruments and Repairs”

After 80 years, 2 workshop relocations, and well over 300 different models, Maton is still family owned and based around Melbourne. Bill May’s restless, early innovations resulted in a unique catalogue of instruments that prominently feature native Australian tonewoods such as Blackwood and Queensland Maple.

They offer Dreadnought, OM/Grand Concert (designated 808), “Mini”, and Jumbo body sizes. They are further distinguished by their wood combinations, internal design, and cosmetic appointments. From the “Road” series to the “Messiah” they have something for every player and budget. They even have a family of guitars made entirely of Blackwood!

Another feature that definitely bears mentioning is the way they sound plugged in. Their proprietary AP5 pickup system combines both microphonic and transducer technology to incredible effect. With a good sound system, the room becomes an extension of the instrument itself. You’d be hard pressed to find a more transparent, commanding, amplified acoustic tone. 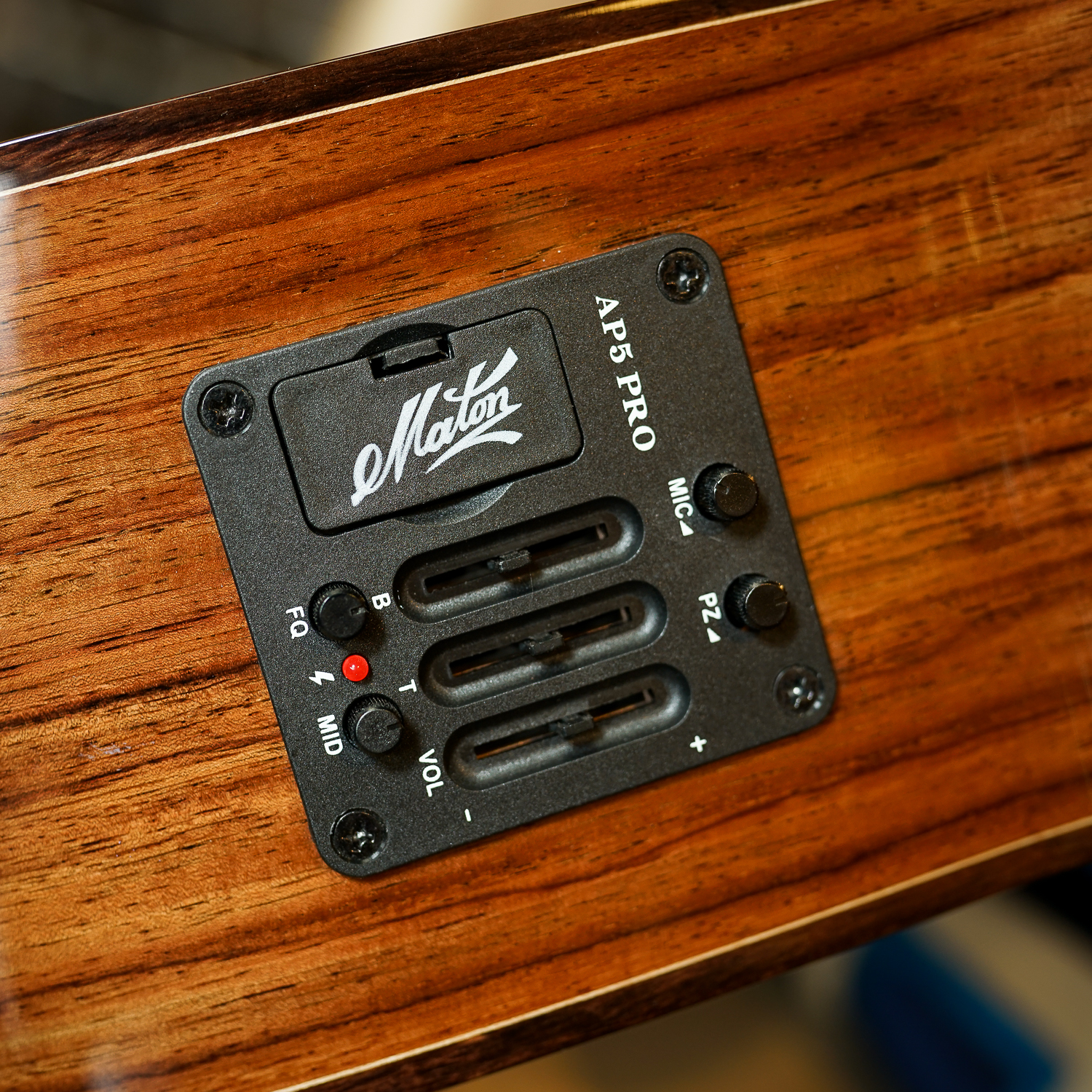 With artist endorsements from Tommy Emmanuel, Eric Johnson, and Keith Urban, Maton has asserted itself as one of the major builders on the international guitar scene. Furthermore, by taking a sustainable, uniquely Australian approach to luthiery, Maton has both preserved and expanded the musical landscape of which it was born. 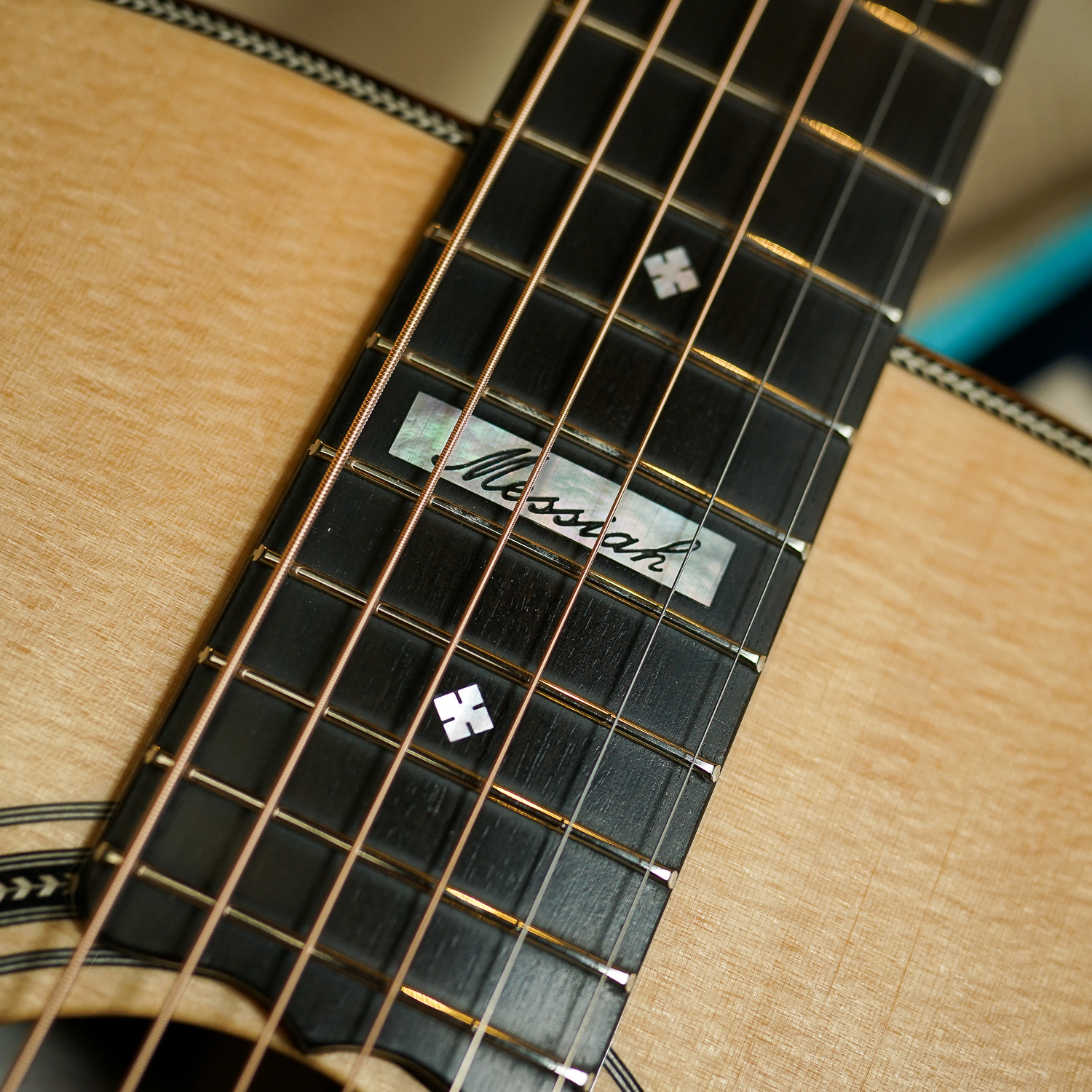 After all, the steel-string acoustic guitar is an instrument of rugged individualism; a tool of the frontier. The first chords we learn are literally called “Cowboy Chords”. Given its pioneering history and the wildness of its terrain, it makes sense for Australia to have such a rich guitar culture ,and It wouldn’t be what is today without Maton.