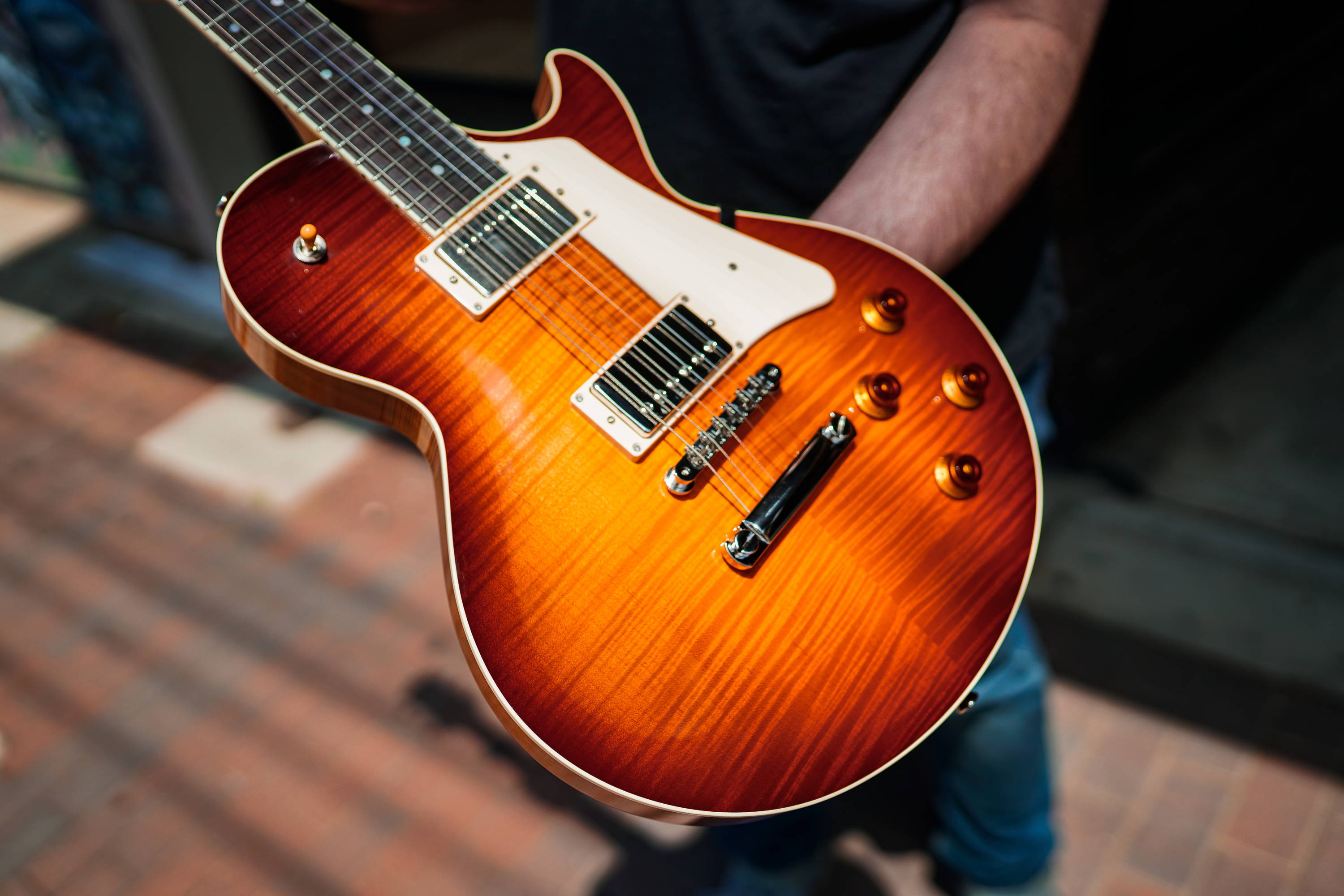 Collings Guitars founder Bill Collings came from an engineering background and his meticulous attention to detail was unparalleled. He found a way to consistently produce exceptional, high-end instruments with the smallest possible difference from serial number to number. His instruments are simultaneously deeply traditional, innovative, and uniquely reflective of the American South West. Sadly, Bill passed away in 2017, but the devoted team of artisans that he assembled in Austin, Texas continues his legacy.

Although he started building guitars in the 70s, Bill Collings first received national attention in 1987 when he was commissioned by vintage guitar giant, George Gruhn, to build 24 custom “Gruhn” guitars. By the mid-2000s he’d established himself as one of the most reputable builders in the country. Today, Collings has expanded to a staff of over 80 employees, producing 3,000 instruments a year. Celebrated instrumentalists such as Julian Lage and Bill Frisell have embraced their guitars, as well as a diverse range stars such as Lyle Lovett, Pete Townshed, and Patti Smith.

One of the ways that Collings achieves such a high level of quality and consistency is by having extensive criterion for the wood that they use on each model. For example, although both dreadnought models, D1s and D2Hs receive Sitka tops with different characteristics to better suit their back and side woods (respectively, Mahogany and Rosewood). Also, rather than have luthiers build guitars from start to finish, the Collings factory has each team member specialize in certain areas of construction. This approach, combined with CNC technology for the sake of precision, results in instruments of benchmark perfection. The setup and fit/finish on Collings guitars have a reputation for being flawless.

The original Collings tone could be described as falling somewhere between a high-end Taylor and a vintage Martin or Gibson, which is to say, somewhere between modern and traditional voicing. In more technical terms, they offer big bass and complex highs while still presenting lots of mid-range detail to cut through a mix and strike a natural balance across the frequency spectrum. They also play incredibly smooth, with exquisite balance from stein to string and neck profiles that conform naturally to your palm. This accessibility from a player perspective was/is integral to their enormous success as a guitar company.

Seemingly as a response to the emergence of other builders embracing a more strictly traditional approach to construction techniques and voicings, Collings unveiled its “traditional” series in 2016. These guitars are more unique and variable, but consistently spectacular. The wood is hand selected and voiced by master luthiers, put together with hot hide glue (animal protein), and encased in an ultra-thin coat of nitrocellulose finish. They even come with handmade leather cases.

Although they started with acoustics, Collings electrics are equally astounding. Initially concentrating on classic, Gibson-styled designs such as their double-cut, semi-hollow I-35 and their solid, set- neck CL, they have continued releasing new, innovative models every year. Their 360-series guitars are a stunning response to P-90 offset models and their wide-range of solid, laminate, semi and fully-hollow arch-tops pays tribute to the rich tonal history of blues, jazz, and Texas swing.

In addition to guitars, Collings mandolins and Ukuleles prove that their trademark precision can be applied to instruments of any size. They even started a “budget” line called Waterloo (the original name of Austin, Texas) that specializes in humble, depression-era guitars. Bill Collings passed away in 2017, but will live on through his instruments. What he accomplished is as simple as it is infinitely complex: take a good design, and make it perfect.

Here at Midwood Guitar Studio, we are committed to consistently stocking our walls with some of the best and most unique instruments that Collings has to offer. Whether you're an acoustic fingerstylist or a weekend ax-wielder, there’s undoubtedly an instrument by Collings that will make you grin. Stop by or give us a call, and let’s talk about the right one for you.