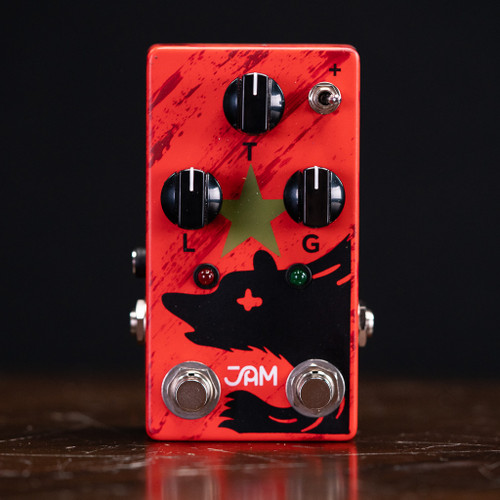 The Red Muck mk.2 puts on a few pounds, grows a new set of sharp teeth and is out to seduce even the most demanding Muff connoisseurs!

Inspired by the ’71 “triangle” and the later “Red Army / Civil War” Muffs, the Red Muck boasts a wider gamut of saturation and varied degrees of compression and sustain on tap.

The Boost footswitch engages a dedicated section of the circuit, separately tuned to hit the front end of the Red Muck and generate even fatter walls of Fuzz-Distortion or with the Gain set lower, function as a High-Gain-Stage footswitch.

The 2-way toggle-switch selects between symmetrical (exactly like the Red Muck mk.1) and asymmetrical “+” clipping modes! Be it early lyrical sustaining Muff tones or massive Stoner-Fuzz- Distortion wall of sound you are after, the Bear’s got your back!