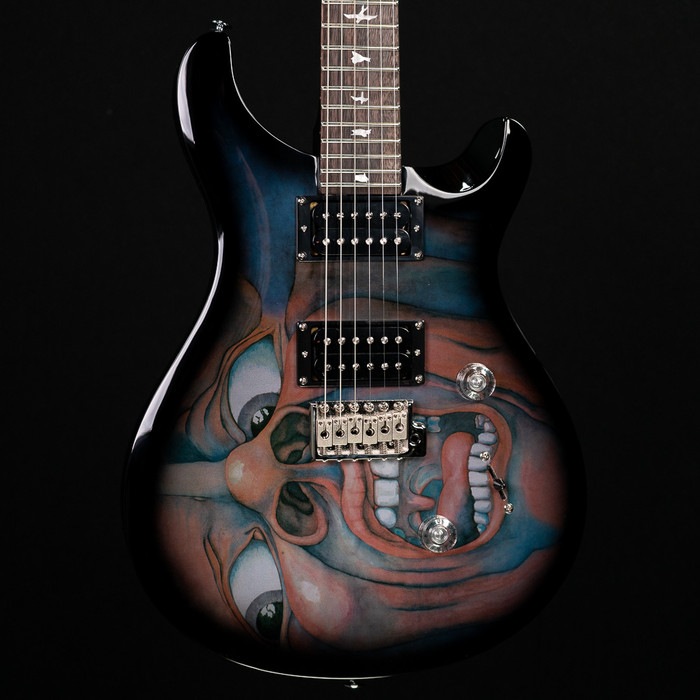 As a limited edition for 2019, in celebration of the 50th Anniversary of the legendary band King Crimson, PRS will be offering a maximum of 1,000 SE Schizoid guitars, adorned with the classic artwork from Crimson’s In the Court of the Crimson King Album.

Jakko Jakszyk’s story reads like a tale of rock-and-roll dreams: “When I was 11 years old my neighbour played me a song called ‘21st Century Schizoid Man’ by King Crimson, and it blew my head off. Overnight they became my favourite band. I went to see them live a year later and my senses were equally destroyed, and I vowed that night that music would be my life. I could never have imagined that I would actually find myself in that very band years later, singing and playing that very song.”

The guitar Jakko chooses to play with the legendary progressive rock outfit: a PRS Custom 24 Piezo adorned with the “Schizoid Man” artwork from In the Court of the Crimson King album.

“When Robert Fripp asked me to join Crimson, I decided I needed a new guitar. Much as I loved and owned a number of vintage guitars, live I would always play something modern – more reliable. PRS is the best of both worlds. A modern instrument that feels and looks like a classic. So when PRS asked if they could make me something special it had to be a guitar with that iconic artwork. The ‘Schizoid Man’ face that started this whole journey off. Full circle as it were.”