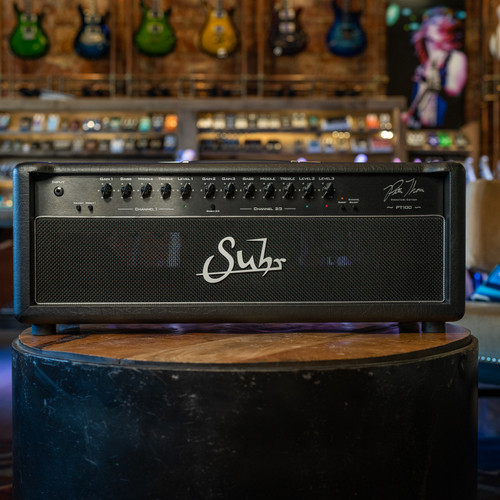 World renowned guitarist Peter Thorn, is not only known for his touring/session work with legendary artists such as, Chris Cornell and Melissa Etheridge, but he is also considered by the guitarist community to be one of the foremost authorities on tone. After five years of extensive road testing and countless hours spent modifying his original PT100 amplifier, we have created the ultimate, no compromise, multi-channel amp – now MIDI switchable.

The PT100 Signature Edition is available in a classic black tolex and appointed with black knobs and a rich midnight anodized aluminum faceplate.