The sensual curves and vibrant finishes of classic automobiles have always borne a strong influence on the aesthetics of electric guitars. Cars and guitars. It’s as if the cosmic symmetry of the universe aligned to ensure these two words rhymed. In the case of Duesenberg, they literally adopted the name of an iconic American car company of the 1920s (It’s worth noting, however, that the affectionate abbreviation, “Doozie” was already in circulation throughout the early 1900s. It’s true origins as a term signifying mystified delight are unknown, but you know one when you see one. They ought to just put a picture of some playing a Starplayer TV-2 while driving a Model A in the dictionary). 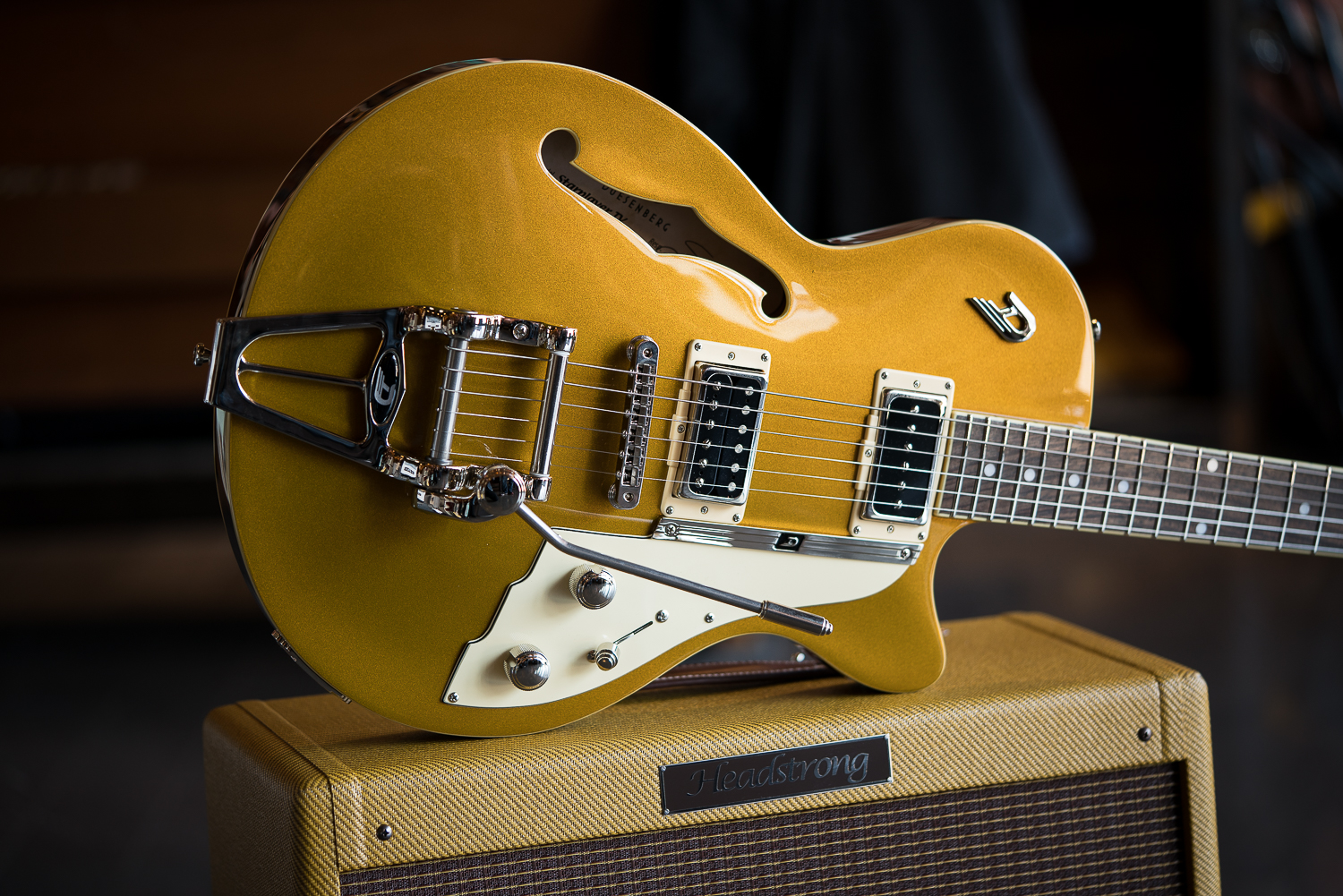 The Duesenberg Guitar story begins in the German city of Hannover in the mid 80s. The Cold War was on and the wall was up, but music, specifically heavy metal, was a powerful force cultivating unity. The first Duesenbergs looked like futuristic weapons of liberation! By the mid-90s, everything had changed, and founder/luthier/head designer, Dieter Gölsdorf, began to realize a different vision with the release of the first Starplayer.

Heavily influenced by the Art Deco movement, which rightly elevated “designers” to the ranks of true artists in the early 20th century, Dieter took a single-cut electric guitar shape and made it look it look like a forgotten chapter of rock & roll history. Part Gibson, part Gretsch, and an all-around engineering marvel, the Starplayer (now known as the Starplayer TV) pairs a Spruce top with Maple back and sides to create a semi-hollow body with F-holes. It’s delicate contours are enhanced by a variety of striking (often sparkling) finishes, but many would say that the real innovation is in its hardware. Every tuner, gear, plate, piece of metal is a bonafide work of art. The signature “Z-Tuners” are rendered in an “art Diego” style and are insanely smooth and precise. The Deluxe “Tremola” tremolo system is widely esteemed as one of the most responsive and reliable “trem”-arms available. Even the jack plate is beautiful, with a step-down design that echoes the chrysler building. A Duesenberg guitar truly gives credence to the tired, yet uncontested expression regarding the “marvels” of German engineering. 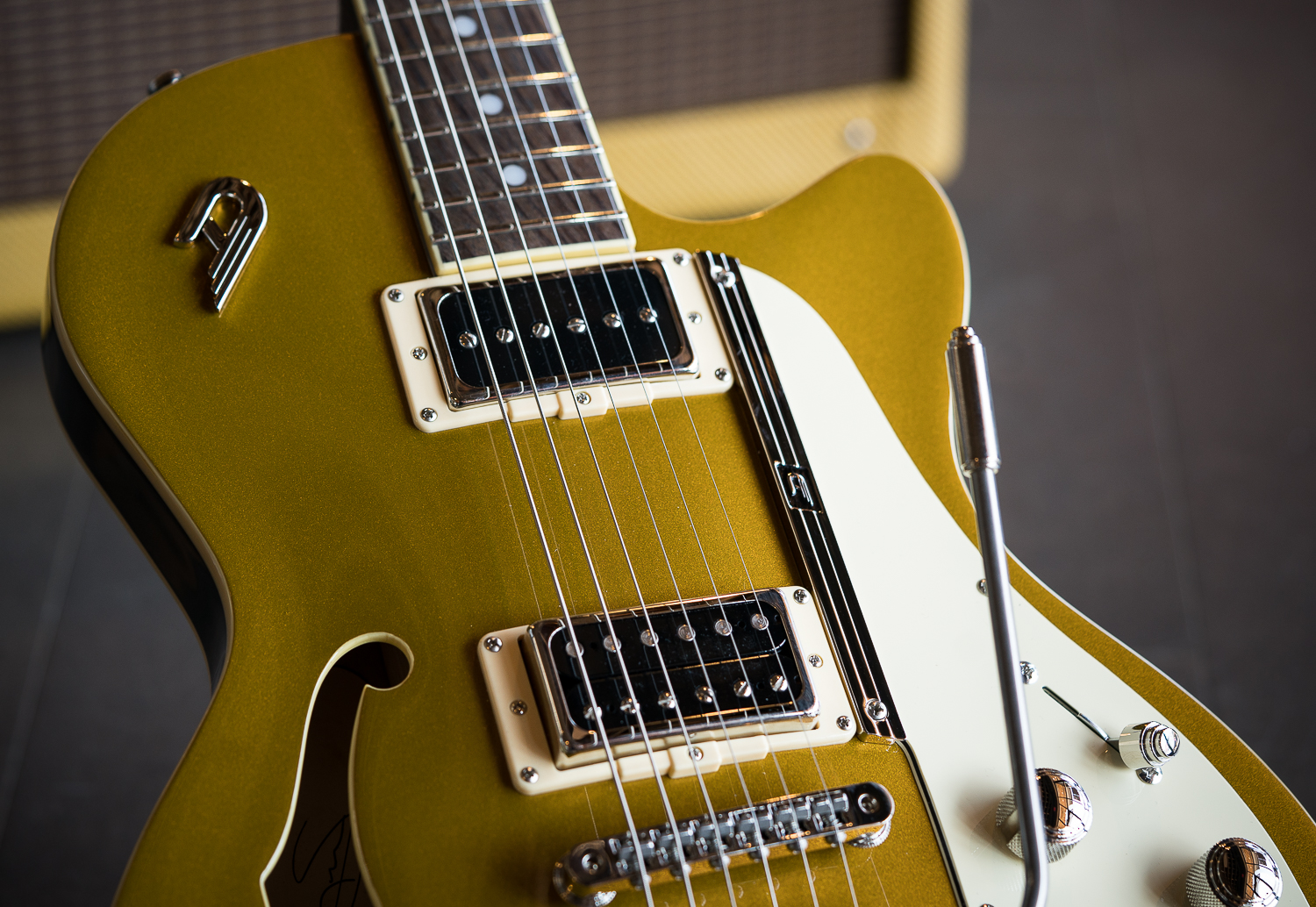 Since the release of the first Starplayer, Duesenberg has expanded its roster to include double-cut, solid body, and even lap steel and baritone designs! Each model is a testament to their deep sense of tradition and their profound commitment to innovation. All are highly refined, stylized, articulate, and versatile instruments, but they can be distinguished and customized with unique finishes and pickup combinations. The original pairing of their “classically wound” GrandVintage Humbucker in the bridge and Domino P-90 in the neck will always remain a favorite, however. Duesenberg always ensures that power and bite is never at the expense of clarity. Even acoustic players gravitate towards their instruments, specifically the TV+ model which further outfits a starplayer with a blendable Piezo. 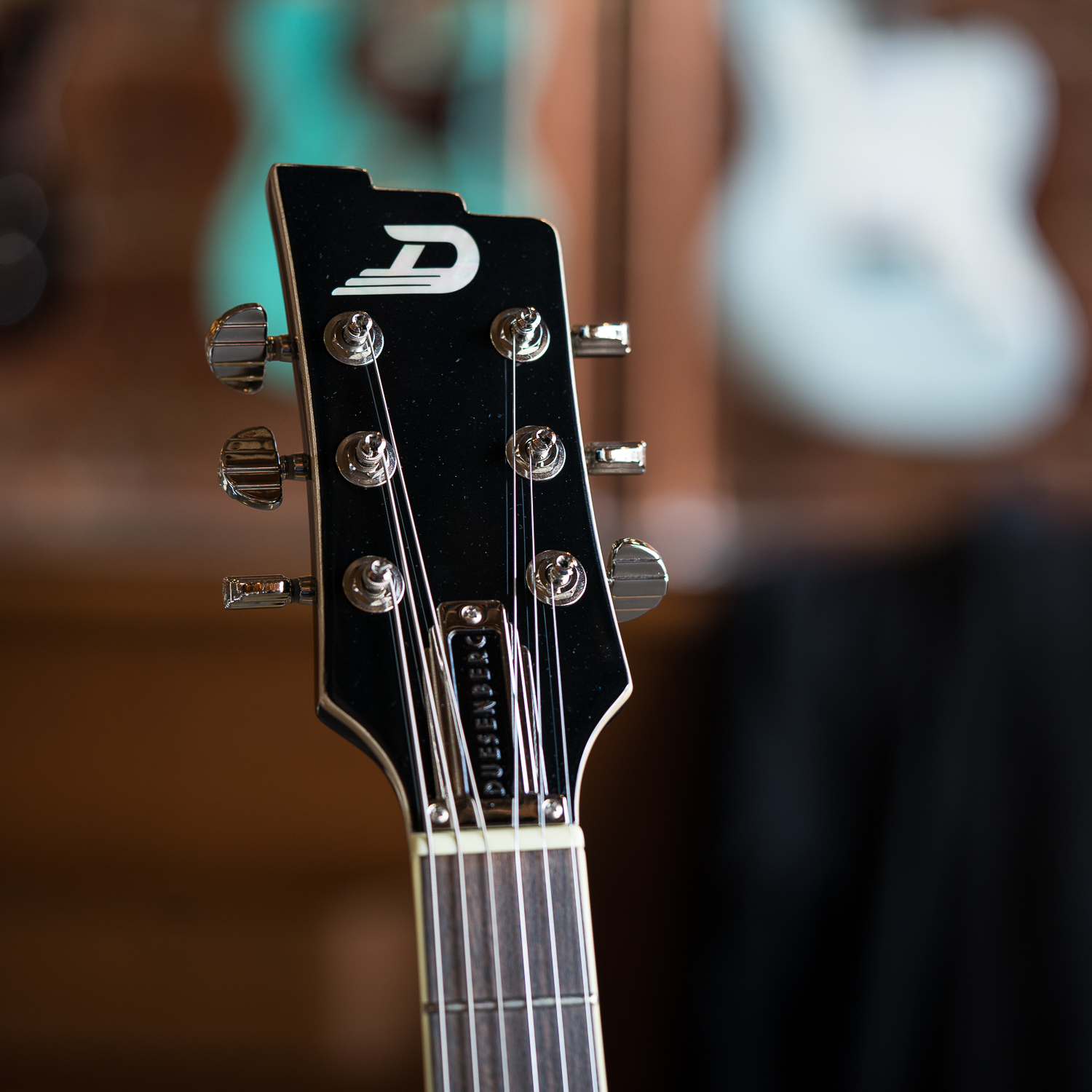 Here at Midwood, we aspire to offer the best gear available. Rock & Roll may have started in the States, but soon sent ripples throughout the world. Something very special clearly took root in Hannover, and then bloomed into a timeless, yet thoroughly modern family of guitars which  continue to astonish and delight those who’ve had the good fortune to play one. Whether it’s the effortless responsiveness of the tremolo arm or the exquisite clarity of the neck pickup, something about a Duesenberg will always win you over. They’re just that good. We have a great relationship with their American HQ in Fullerton, CA, and we always try to keep a few Starplayers in stock. Give us a call and let's talk guitar! 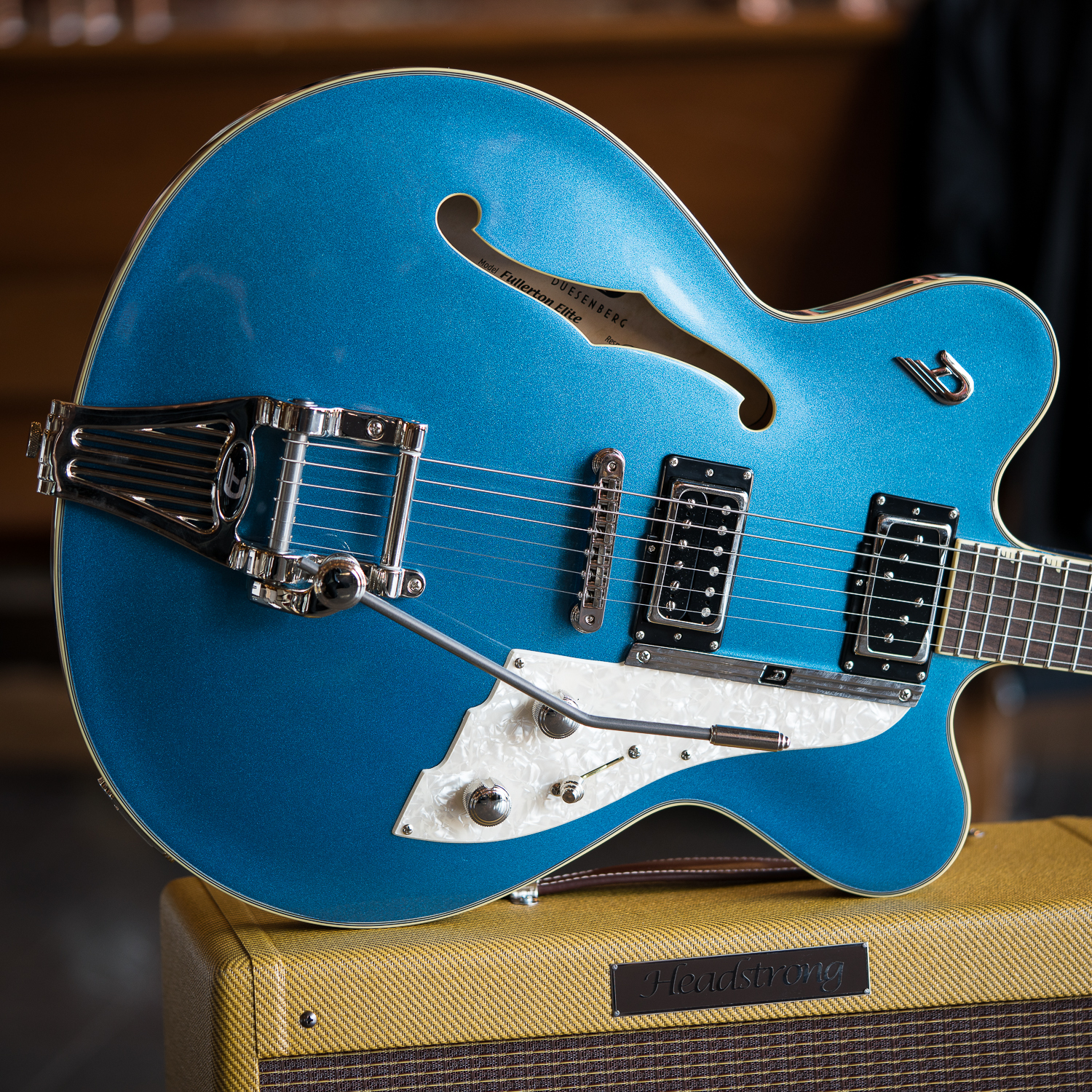