PRS Guitars set the bar for the highest quality electric guitar being manufactured today. Even if you don’t know much about guitars, take one look at a PRS guitar and you know you’re looking at something special. When you play a PRS guitar, you can feel the craftsmanship and attention to detail with each note, whether you’re playing one of their more affordable SE models or a fully-loaded custom Private Stock guitar.

Back before the dawn of the “boutique” gear industry, Paul Reed Smith boldly positioned himself in between the two major American solid-body guitar builders and changed music history forever. He took the sleek contours of a Gibson, combined them with the pragmatic simplicity of a Fender, and added a 25” scale length that he felt best complimented standard tuning. The result was a family of instruments known as PRS, which would come to be endorsed by virtuosos such as John Mclaughlin, Carlos Santana, Peter Frampton, and John Mayer.

After a while, Paul begain going backstage at rock concerts to treat guitarists with a hand-delivered PRS guitar for the artist's consideration. This approach proved quite successful. Not only did it bring great exposure to PRS guitars, but the insights provided to him by legendary shredders such as Carlos Santana helped him to further perfect his designs. Apparently, it took four custom guitars (including one he tried to steal from Howard Leese) before Santana dubbed him his personal guitar builder.

Before long, Paul had enough orders for PRS guitars that he was able to open up his own factory in Stevensville, MD. They debuted a mahogany model at the 1985 NAMM show that not only introduced industry heads to the unique and sleek PRS body shape, but also featured a custom vibrato, tuners, and a rotary pickup selector. The guitar was a big hit, and within three years the PRS team had expanded to 45 people, building 15 guitars a day. 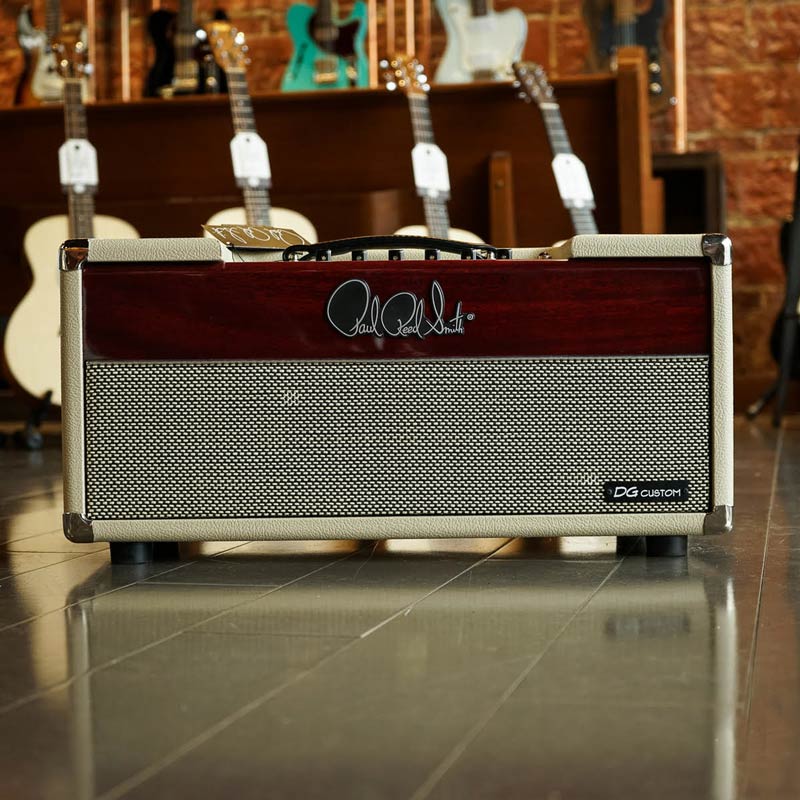 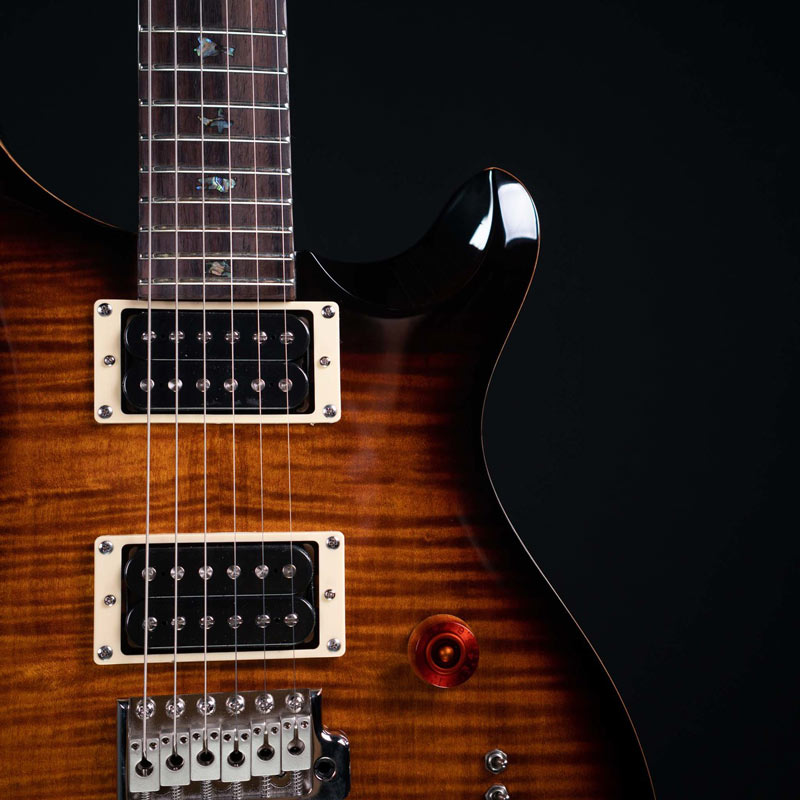 Throughout the 1990s, PRS continued innovating designs and unveiling new models. Before long, they’d asserted themselves as the biggest new name in solid-body electric guitars. Rock & Roll was getting heavier and heavier, and PRS responded to this trend with the 24-fret EG, EG II, and high-gain pickups with names like the Chainsaw and the HFS (Hot-Fat-Screams).

One of the most important guitars that they developed during this early period was The Dragon. In addition to dazzling, draconian inlay, the first Dragon (which was limited to 50) featured a wider 22-fret neck, new pickups, and a stop-tail, non-vibrato bridge. Later, limited-run iterations of the Dragon followed, but perhaps more significantly, the popularity of the improvements it featured led them to create one of their best-selling production models, the custom 22.

After firmly establishing PRS in the world of rock and fusion, Paul Reed Smith embarked on his next venture: acoustics. By combining the bracing system used on classical guitars with that of a steel string, he was able to create a full, balanced tone that’s both lush and precise. He still adheres to the traditional dovetail neck-joint, but takes enormous care to ensure that the body slot is an exact “carbon copy” of the neck joint. The private reserve acoustics feature some of the finest grade tonewoods available and their new SE series offers manageable, giggable price points for working musicians.

Having spent so much of his life guitar building, it was only a matter of time before Paul turned his attention to what lay on the other end of the ¼” cable: the amps. In 2009 he met Doug Sewell of Sewell amps and convinced him to join the PRS family. Today they offer four basic models (available in different wattage and cabinet options) which cover tones ranging from crunchy to crystalline, vintage to modern, American to British.

Solid-body electrics, however, remain the bread and butter of the company. Here at Midwood, we hold Custom 22s, 24s, and their more traditionally inspired “McCarty” guitars in the highest esteem. These are instruments that can take you wherever you want to go, on stage or in the studio. It’s uncanny how easy it is to find one that perfectly suits your sound. The hard part is deciding on the finish. With so many glorious options, we try and offer a wide range, from the earthy trampas green to the ominous charcoal smoke wrap. Stop by the shop and we’ll show you why PRS has always been one step ahead of the rest.